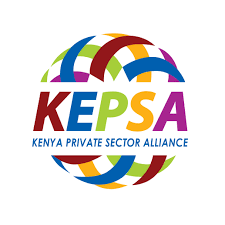 The Kenya Private Sector Alliance (KEPSA) and the Nairobi Centre for International Arbitration (NCIA) have announced their collaboration to promote mediation as an alternative dispute resolution (ADR) mechanism in the region.

A Memorandum of Understanding signed between the two entities will nowprovide a framework for the joint sensitization of private sector players and stakeholders on various aspects of mediation in resolving commercial disputes.

The MoU will further seek to leverage on NCIA Mediation Centre infrastructure for private mediation as well as facilitate a new fast-tracking mechanism where the Private Mediation Settlement Agreements reached at NCIA will be recognized and enforced by the courts.

NCIA CEO and Registrar, Mr. Lawrence Ngugi noted that the initiative was of particular significance in enhancing access to ADR for SMEs and which has been slow in
the past.

The MoU signing comes just days after the second Annual International Conference on Arbitration and Alternative Dispute Resolution (ADR) was held in
Nairobi, under the auspices of the International Chamber of Commerce (ICC￾Kenya) and KEPSA.

At the conference that discussed emerging trends in ADR and arbitration in Africa, it emerged that the preference for ADR in place of litigation was on the rise in Kenya, driven by growing international trade and investments in the region including business innovation, government spending on infrastructure projects, and the opening of new markets and industries.

Echoing the same sentiments, Ngugi observed the growing regional ADR market in the Democratic Republic of Congo (DRC) as well as Francophone Africa with emerging opportunities in ADR advisory services.

He urged the private sector to embrace training on mediation, arbitration and adjudication offered by NCIA in the ongoing ADR capacity-building efforts in the country.

On her part, Ms. Kariuki urged the private sector to pursue
opportunities within the African Continental Free Trade Area (AfCFTA) framework, saying it will be pivotal in accessing the new markets and growth opportunities for the East African Community.